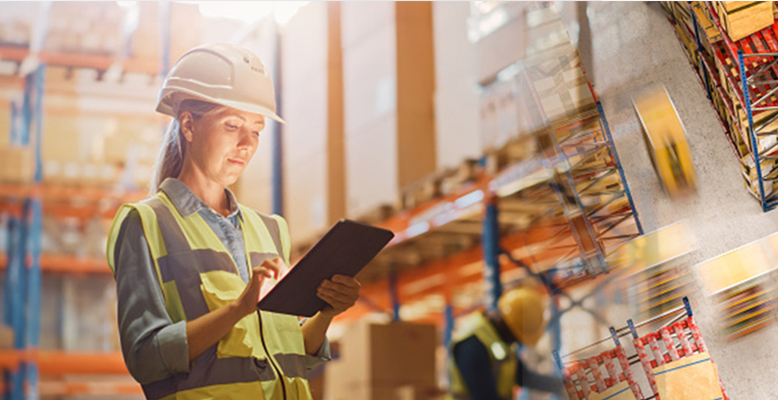 What Are the Benefits of Autonomous Mobile Robots for Smart Factories and Warehouses?

Smart is the new normal.

As smart factories and warehouses become the standard for manufacturers, implementation of these systems switches from a competitive advantage to a necessity for remaining in the game. Failure to adopt smart technologies leaves a company prone to production delays due to staffing shortages, accidents or simple inefficiencies at the same time its rivals are becoming leaner and faster.

Automated warehouse systems combine multiple technologies, processes and data streams, resulting in a flexible manufacturing facility that adapts to constantly changing conditions. Human workers and machines work together at peak efficiency and output, with a minimum of wasted time and effort.

According to the recent State of Smart Manufacturing survey of 300 manufacturers, nearly half of respondents say at least some part of their factories are connected to outside data sources via the internet. This represents a 100% increase since 2018. 61% of respondents say they intend to introduce smart manufacturing processes within the next twelve months.The global market for smart factory components and systems is expected to double, growing from $75 billion to over $150 billion by 2025[1] [2] [3] .

Some companies, such as Michigan’s Creative Foam, have taken the idea of a highly flexible, fully connected factory to the extreme. Creative Foam’s seven factories normally produce foams and adhesives for the automotive industry. During the early days of the COVID-19 pandemic, however, the company converted one of its factories from its usual production of foams and adhesives for the automotive industry to foam inserts for ventilators. This rapid switch was possible because Creative Foam’s facilities are run through a state-of-the-art, cloud-based Manufacturing Execution System (MES).

Autonomous Mobile Robots are a key component of smart factories and warehouses. AMRs free workers from repetitive tasks such as carrying material, taking inventory and lifting heavy items. When used in a modern smart factory or warehouse, however, AMRs become more than just workhorses; they become fully integrated team members. These robots don’t just interact with each other and with human workers, but with the facility itself.

AMRs connect to a smart factory’s MES and can receive and execute real-time instructions. This immediacy facilitates the use of AMR for just-in-time delivery of parts. Robots can be dispatched to retrieve materials for assembly as they’re needed. Rather than maintaining a large store of parts on site, they can be kept in a nearby warehouse and delivered to production at exactly the right moment.

Spanish automaker SEAT, a subsidiary of Volkswagen, uses Autonomous Mobile Robots at its plant in Martorell, Spain. SEAT uses heavy-duty robots to bring parts to the assembly line. These robots can navigate safely throughout the facility and carry up to 500 pounds, or pull more than 1,000 pounds. Relying on AMRs to transport these large loads reduces the risk of human accidents and injuries.

Other robots at the Martorell plant work in collaboration with human workers. Known as cobots, these smaller AMRs perform repetitive tasks in the assembly area, such as applying decals to cars as they roll off the line, and scanning parts as they’re used in order to maintain accurate-to-the-second counts of inventory.

Driving a forklift is generally considered the most dangerous job in a warehouse. Forklift accidents result in nearly 35,000 serious injuries and about 85 deaths in the United States each year. Additionally, the pool of qualified forklift drivers is small, and large warehouses struggle to find skilled workers for this job.

Companies like Amazon have solved these problems by adding driverless forklifts to many of their warehouses. These forklifts are more than just forklifts; they’re Autonomous Mobile Robots that possess the same navigational and mapping abilities as any other, and fully integrate with the smart warehouse’s management systems.

For the moment, smart factories and warehouses provide a competitive advantage, enabling speed and cost-efficiency beyond that of their rivals. That advantage will erode as smart facilities become the standard, however, and companies who do not keep pace will fall farther and farther behind.