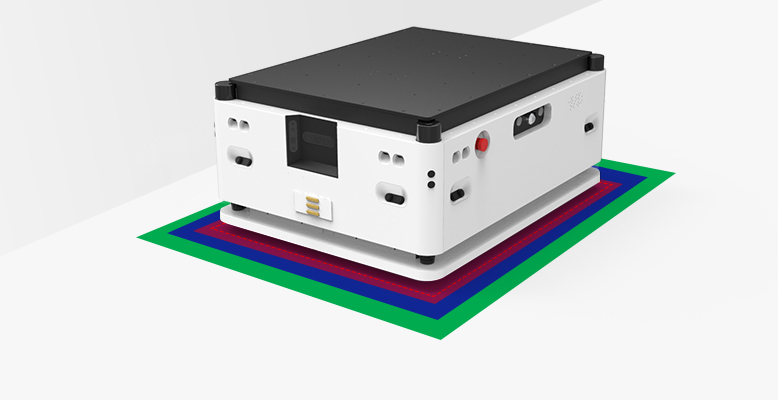 ISO 13482 is the set of international standards for personal care robot safety. Target robots include mobile transport robots, for which no other Korean company than Yujin has met the strict international requirements for the robot’s functional safety.

Yujin Robot’s GoCart is an autonomous mobile robot mounted with in-house developed 3D LiDAR, stereo camera, and sonar sensors that provide GoCart with accurate local awareness as it navigates autonomously in a map. Through Yujin’s own fleet management system, multiple GoCarts can be effectively managed as well as integrated through IoT with various smart building features, such as elevators and automatic doors.

ISO 13482 covers human-robot physical contact applications. As GoCart will be deployed in human-robot collaborative workplaces, such as hospitals and warehouses, preparing for all scenarios involving physical interactions between GoCart and its surrounding people is of utmost importance. GoCart is equipped with obstacle detection and collision avoidance features, emergency stops, as well as various ways to communicate to humans through warning lights and sounds.

GoCart is also PL d safety-certified, meeting functional safety standards for S2 and F2 levels of exposure to potential danger. One of the ways GoCart achieves this is through double-layered safety system, in which any failure to one of its core functions will be counteracted by a second, “just-in-case” identical function that will take over seamlessly. GoCart is also enveloped in 4 layers of dynamic functional safety zones and reduces its speed or stops altogether when an object is detected inside its respective zone. The zones reconfigure according to GoCart’s movement and can be muted as necessary, such as when docking.

GoCart’s ISO 13482 certification with its PL d safety system is aimed at Yujin’s entrance into the global playing field. Professor Seung Bin Moon of Sejong University affirms Yujin Robot’s technical abilities and interprets its efforts toward obtaining safety-related certifications as a green light toward Yujin’s global presence. Yujin Robot’s CEO, Sam Park, reflects such optimism with a determination to boost Yujin’s competitive edge with its internationally accredited safety features along with its in-house developed technology that lowers cost without compromising quality. In addition, Yujin is planning to be certified for ‘ISO/FDIS 3691-4:2020 Driverless industrial trucks and their systems’ designed specifically for autonomous mobile robots (AMRs) in a short time.